Cowboy client gets spanking in court

In 23 years of business, we have come across a few rogues.  It is a sad fact that we have been involved in three court cases against naughty clients!  Macauley Marchant was a cowboy roofing contractor who scammed $158,000 from customers, including $19,000 of work from us.  You may have seen him on Fair Go. At his recent sentencing, he avoided jail (ODT article).

Macauley approached us in November 2018 to set up a roofing website, and to undertake an aggressive Google Ads campaign – admittedly with a higher monthly budget that usual.  That should have made me suspicious.  Mateo did a fantastic job, and the leads piled in.  We were proud of our efforts and success.

However, in late January 2019 after the holidays, we noticed the bills hadn’t been paid. We paused the campaign on Feb 13 after he said he had paid us, but in fact had not.  I then noticed that his company was put into liquidation the day after. What we were not to know, was that he was taking the deposits for roofing projects, spending up large at the Casino for his gambling and alcohol addiction, and living the high life with fine dining and travel. Here is an extract from the judge’s sentencing report:

“During that period, the police received numerous complaints about you [Macauley]. You would routinely tell members of the public that you were able to complete their roofing work, but then having undertaken to do that work, would stall and come up with excuses.  This would occur after they had paid you deposits of varying amounts. You would say things such as you were short-staffed, the weather conditions had not been right, and so on.

In this way you were able to extract $128,000 from 13 complainants…You spent $130,000 at gambling establishments… including spending at the Cashmere Club or the TAB which totalled some $60,000, and there were ATM bank withdrawals totalling some $70,000.  There were also a large number of purchases from bars, nightclubs and the like, as well as travel and dining….Only some $2000 was identified as legitimate purchases for your company….You also incurred a $19,000 debt to a web design company whilst you were hopelessly insolvent.  This person has sustained a $19,000 loss and I have read her victim statement which indicates that it has had a significant effect.”

In February 2018, I contacted the liquidator. When he heard what had happened, he approached the Ministry of Business, Innovation and Employment (MBIE) who took up a case against the client.  Fortunately for me, MBIE lead the court action, on the basis that the client had knowingly incurred debt whilst insolvent.  This saved me the court fees and a lot of angst. The Crown was concurrently taking a case against the client for ripping off the 13 customers.

The outcome? At sentencing, as he is young (24), it was his first offence, and he had an addiction, rather than a prison sentence, the client received home detention, paying $10,000 reparation and promising $350 a week repayment (split amongst 14 of us – I might be lucky to recover it all in eight years).  We thank Thomas Chambers for all his efforts. Heads up: this ex-client is now working for a friend of his in Auckland.

It is very disappointing to be taken for a ride, especially when we had done such a good job of generating leads.  And it is not the first time!  A further client, who turned out to be a seven-times-convicted fraudster, also tried to take advantage of us in a brief to build an allergy app. Fortunately we were not left out of pocket after we discovered what he was up to.  However, we are to be a witness in that case, and I am grateful again, that the Crown is undertaking the prosecution.

A third naughty and very high-profile client, treated us in a way we believed was contrary to our signed agreement, which was to provide $2.8 million dollars of advertising services over two years.  In this case, as the amount was significant although the period involved was short, Alexanders has instigated court action. We have been waiting for three years for this case to come to hearing, and it has been delayed a further year due to Covid-19.  A number of other marketing entities and parties have also taken action against the same entrepreneurs, or been treated in a way they did not think was becoming.  Unfortunately, in this case, we are fronting the court fees.

Hard to believe but there was also a fourth instance some four years ago. A rogue sales manager got his hands on the client’s multi-million dollar stash, and ran off with the $23,000 we were owed for work completed for an exciting agri-venture.    Earnest promises of repayment dwindled to procrastination.  We had been paid for about two thirds of the work, and I knew it was somewhat speculative.  I could not justify contributing funds with the client in joint action.

What have we learned?  So far, I have been heartened by the support shown by MBIE and others in leading action where we were treated unfairly. We take up front deposits for new clients, and do additional checks on new clients on the Companies Register.

I sincerely hope that no further rogues come our way – or yours.  We work conscientiously and hard for our clients, and reduced profits from bad debts are something we all prefer to do without!

Cowboy client gets spanking in court2020-08-312020-09-15https://www.alexanders.co.nz/wp-content/uploads/2018/03/alex-logo-270x90px-v1.1.svgAlexanders Digital Marketinghttps://alexanders.co.nz/wp-content/uploads/2020/08/naughty-clients-setup-v1-top-banner.png200px200px
About
Rachel Alexander
Rachel Alexander is an internet marketing minx with over 20 years’ experience in marketing, advertising, and branding. An initial career as marketing manager for a large corporation was followed by the last 20+ years running her own marketing agency - Alexanders Digital Marketing. Her specialties include marketing strategy, tourism and international markets, and design.
Categories
Recent Posts
Archives

Keep up to date

Save yourself hours of reading. Let the Alexanders’ team sift through articles and email you major digital news updates. Plus you can (nearly) anonymously check out our work! Max one per month! 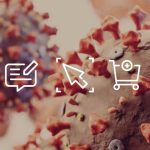 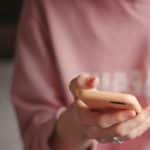